Technical Note on the Belém’s Study

When reflecting about climate change in the Amazon region, firstly, it is observed the impacts that such changeable climate may cause on the fauna and flora of the region, which occupies almost half (49,29%) of the Brazilian territory. Nevertheless, the cities that constitute the Amazon region lack a perceptive perspective on how climatic events affect the living conditions of those who live in the urban environment.

The city of Belém, capital of the Pará’s state, is the first one awarded with the study on climate change taking into consideration an urban context of the Urban Legal Amazon project – Socio-spatial Analysis of Climate Change, entitled “Diversity and Inequalities in Times of Climate Change: A socio-spatial analysis of Belém“. In this study, the researchers developed a panorama that points to the broadening of racial, ethnic and gender inequalities – estimated at about one and a half million people, according to data from IBGE/2020.

In order to accomplish this conclusion, the investigation executed the collection, systematization and analysis of secondary data from the urban perimeters of the Belém’s municipality in the 2010 Demographic Census, registered in the Cartography of the Geosciences Library and the Automatic Recovery System (SIDRA) of the Brazilian Institute of Geography and Statistics – IBGE. Along with this information, the researchers crossed data on socio-demographic, territorial and health characteristics of the population of Belém, resulting in a socio-spatial analysis with thematic maps through Google Earth Pro.

The study catalyzes as reference the worldwide principles and guidelines regarding climate change adaptation and/or mitigation established in commitments, such as the United Nations Framework Convention on Climate Change (UNFCCC) and the Sustainable Development Goals (SDGs) of the United Nations (UN) 2030 Agenda. References in which Brazil is a signatory.

Within UN 2030 Agenda, that begins to be compelling this year (2021), the research is committed to six of seventeen SDGs, in which are: 01) Eradicate poverty in all forms and everywhere; 05) Achieve gender equality and empower women and girls; 06) Ensure the availability and sustainable management of drinking water and sanitation for all; 10) Reduce inequalities within and between countries; 11) Build more inclusive, safe, resilient and sustainable cities and communities; and 13) Take urgent action to combat climate change and its impacts.

Diversity and racial and gender inequalities are wide subjects within the analysis of climate change and to be bold to sustain such perspective in this type of study is pioneering and exploratory. Regarding the first two chapters of Belém’s paper, the research group approaches the urban context of the Urban Legal Amazon political-administrative territory. and presents the methodology used to conduct the socio-spatial analysis.

Concerning chapter 3, the team focused on the available data systematization to comprehend the series of mechanisms and vulnerabilities in which the population in Belém is exposed. Thus, the study revealed a scarcity of information disaggregated by race and gender and, therefore, highlighting the challenges to the understatement and debate in regards the damage to living and health conditions related to climate change, which also results in the invisibility of these inequalities.

In chapter 4, the territorial planning is examined in the matter of climate change impacts, bringing to light how the Director Plans of the city of Belém were elaborated and compelling in disagreement with international environmental treaties principles and guidelines. In the investigation, it was recognized, for instance, the absence of strategies that would contribute to the reduction of measures, such as: pollutant emissions, forest deforestation reduction, riparian forests preservation and conservation, and not pollutants of the watersheds.

See more in: Infographic shows the territorial planning in Belém regarding Climate Change

In chapter 4, the researchers point out a series of interests and actions that contribute to produce socio-spatial segregation in the urban context, taking into example subnormal clusters, as well known by baixadas, ressacas, peripheries, favelas, communities, among others, in which reflects the exclusion conditions that population living in these locations are exposed, referring to energy services, basic sanitation and litter destination.

“One of the challenges to the territorial management in the contemporaneity is the fragilities and invisibilities resilience created by the legislative and executive municipal powers, in the city of Belém, before the responsibility to provide actions for the adaptation and mitigation of the climate change impacts, considering a reality of permissibility in which the urban inequalities plasticize norms and specific preservation for preservation and conservation of the Permanent Protection Areas (APPs), essential for environmental management as happened with ZEIA  to all intents and purposes of Municipal Law No. 8,883/2011, which authorized commercial and housing occupation in APPs.”  Excerpt extracted from the pages 17-18 of Belém’s paper.

See more in: Indigenous population has the least access to piped water in Belém (infographic)

With this study focused on five municipalities that compose the Legal Amazon territory, starting with Belém (PA), the research team, encompassing theoretical and methodological subsidies, aims to contribute with review process and/or elaboration of a new Director Plan of the Belém’s municipality in attention to the policies of adaptation, mitigation and/or reduction of climate change, considering the United Nations Framework Convention on Climate Change and the Sustainable Development Goals (SDGs) of the 2030 Agenda of the United Nations United Nations (UN). 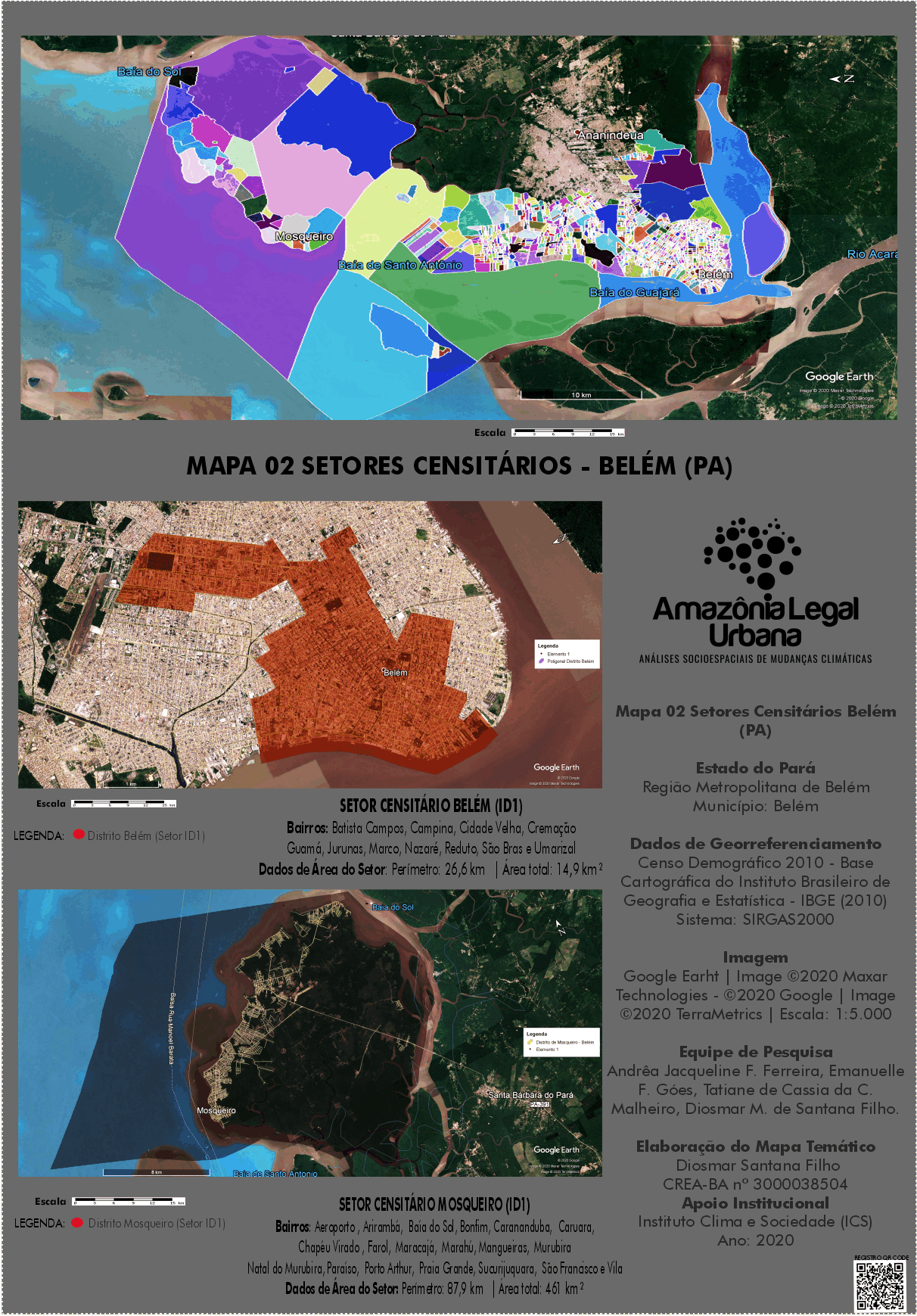 The Belém’s paper is available to download on the page “Publications”.