Technical Note on the Macapá's Study

The municipality of Macapá, capital of the Amapá’s state, is the fifth city most populous city in the North region and although it is in a territory that detain the largest tropical forest in the world, the Amazon, the city’s population inhabit almost entirely in urban areas (95,73%) The incidence combined with living and health conditions intensify ethnic, racial and gender vulnerabilities and inequalities, especially for indigenous, black and brown women.

The impacts of climate change on the Macapá’s urban population are one of the focuses of the Urban Legal Amazon project, which launches the study entitled “Territorial Planning, Sub normality and Inequalities in Times of Climate Change: A socio-spatial analysis of Macapá“. Thus, it is investigated the contemporary dimensions of established process by an urban unequal territorial planning and socio-economic conditions of the city diverse population, possessing as reference, the review process and/or the municipal Director Plan elaboration and the effectiveness of the Sustainable Development Goals (SDGs) of the UN’s 2030 agenda.

Foresee, in the research evolvement, that race and gender markers are determinant to the climate change scenario and health disparities. As in Belém (the first city to be examined by the project), Macapá vulnerabilities differ substantially between men and women, resulting in the strengthening of gender inequalities. In the Macapá’s municipality, delineating 50.88% of the population and among the general contingent of men and women, 72.2% are black.

In the paper’s chapter 03, denominated “Race/Ethnic and Gender Inequalities and Climate Change in Macapá“, the study indicates how the data scarcity disintegrated by gender and race restrict, setting an example, the comprehension of the reality and needs of groups, such as the indigenous population, which, although data were collected, it was insufficient for the evolution of an effective analysis regarding inequalities inherent to this population. Furthermore, it demonstrates that the Director Plan developed and approved by the legislative does not offer the dimension and fundamental attention to this profile in order to face climate change, for instance.

In chapter 04 “Undertows, Subnormal Agglomerates and the Impacts of Climate Change in Macapá“, the examination focuses on the territorial planning analysis of the municipality, which has a territory of 6.592 km² and a resident population of 398.204 inhabitants according to 2010/IBGE Census, presenting a population density of 60,41 inhab/km². The data reveal that, despite the consideration of Macapá as an urban capital, it remains a sparsely populated territory.

In accordance with the IBGE territorial division (2010), the municipality is formed by five districts, besides the headquarters district (Macapá), the following names: Bailique, Carapanatuba, Fazendinha São Joaquim do Pacuí. Consequently, 95.73% of the inhabitants live in urban areas and 4.27% in rural areas.

“Therefore, the subnormal agglomerates require investigation in order to be part of the public policies structures for mitigation and adaptation of the climate crisis. For that reason, people in total vulnerability live in these places which are determined by a set consisting of at least 51 housing units lacking essential public services, occupying or having occupied, recently, land owned by others (public or private) and continuing arranged, generally, in a disorderly and/or dense form”.

Based on these and further data, the territorial and environmental dimensions of the municipal Director Plan were evaluated, especially considering the occupation of undertows. “The undertows are essential for natural rainwater drainage, controlling the waters against flooding the city, with natural revoirs during the Amazon River’s flood periods – which guarantees environmental, social, cultural and economic security, for urban densification realities such as in the Macapás’s district”, highlights the paper.

Yet, regarding Macapá’s Director Plan, the research team reserve the opportunity to warn about quilombolas communities that are, mostly, located in undertows areas. Macapá is the country capital that concentrates the largest number of quilombola communities recognized (24) by the Palmares Cultural Foundation, between 2005 and 2016. The study identifies, for instance, that in Art. 25 of the city’s PDDUA, the items approved for the protection and preservation from undertows are a risk for the territory and identity of these communities.

According to the investigation results, the proposed Director Plan will require a broad revision to reach inequalities, aiming to establish an update recognizing policies to face the climate crisis, due to the currently vulnerability situation that Macapá population live, in the matter of accessing electricity and the public health system collapsing owing to COVID-19 pandemic. 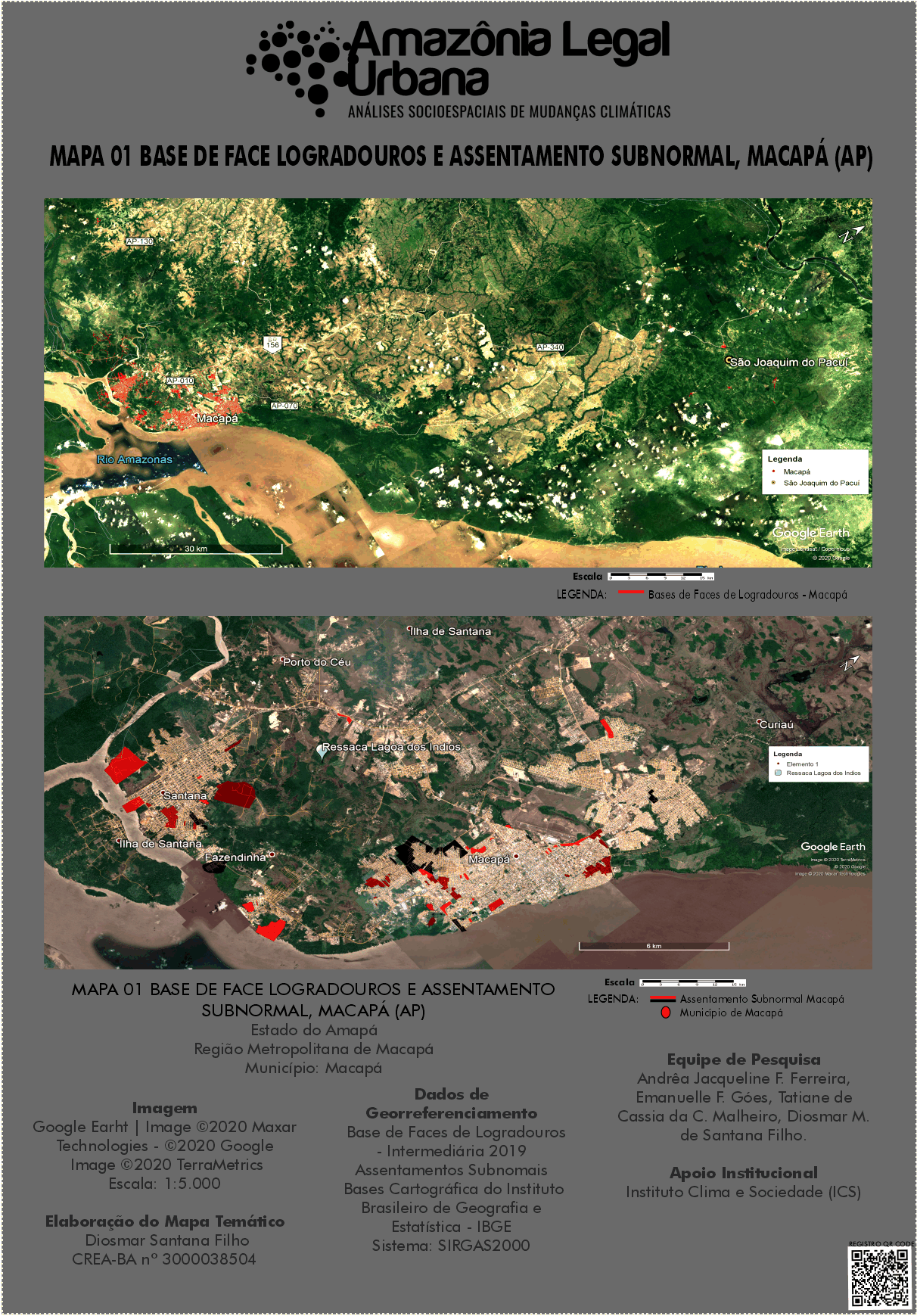 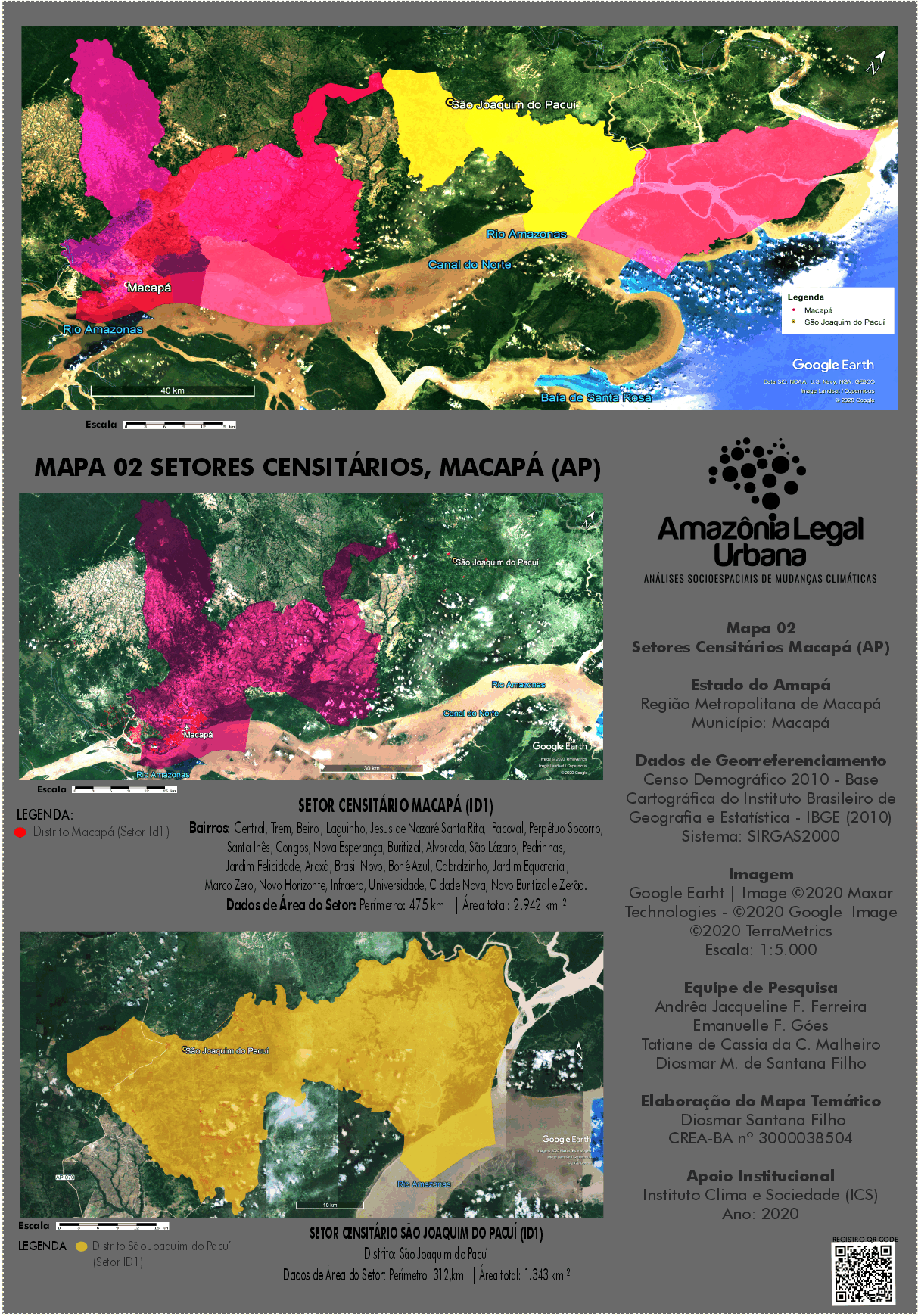 The Macapá’s paper is available to download on the page “Publications”.